You are here: Home › scams
Spring and summer are top car buying months here in the USA. Buying a car is usually exciting, and it can even be fun!

Most of the time, all ends well, and both the seller and buyer are happy with the transaction. However, in 19 years of practicing law, I have heard quite a few very sad used car stories. Spending your family’s precious financial resources on a vehicle with mechanical or legal problems can be as financially devastating as an illness or job loss. 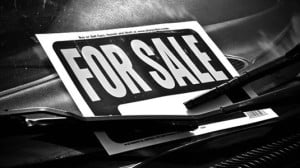 As a prospective car buyer, you can protect your financial future and your family’s safety with these tips to help you become a better prepared used car buyer. Learn the facts and avoid falling for these eight top used car buying scams.

Rolling back the odometer is becoming more difficult as more recent models use a digital display, but even computers are not infallible. The best way to tell if an odometer has been tampered with is to obtain a vehicle history report from a service like CARFAX®. CARFAX may list a few events in the history of the car indexed to the mileage at the date of the event.

Odometer fraud example: If a CARFAX report for a vehicle indicates that a fender bender event occurred in January 2012 when the vehicle had 61,000 miles, then the seller will have a difficult time explaining why the used car’s odometer indicates that the car had only travelled 40,000 miles as of June 2013.

Stolen vehicles are sometimes sold with vehicle identification numbers (VIN numbers) that have been swiped from similar legally registered cars. One possible way to avoid this scam is to verify that all of the VIN numbers on the vehicle match, including those on the dashboard, the driver’s side door sticker, the car’s frame and the paperwork for the title. If the numbers don’t all match then don’t just walk away, run away!

Cars deemed salvage drop dramatically in value. A salvage title is usually issued on a damaged vehicle when the cost of repair exceeds 75% of its pre-damage value, but this exact number can vary state to state. Scammers “wash” the title of a car by altering the title documents and/or moving the car to different states to get a clean title. Check for working that indicates a salvage title, such as “totaled”, “reconditioned”, “salvaged”, “junked”, rebuilt” or “warranty returned.” Also examine the title document to see if it has been physically altered. A CARFAX vehicle history report could also be useful. If a car was originally sold or titled in some other state, it might pay dividends to investigate the history of the title in that state to see if it was “salvaged” vehicle in that state or had any significant damage out of state, but then the car was subsequently moved to the current state with the issuance of a clean non-salvage title.

The laws of most states don’t allow private citizens to sell multiple vehicles, other than those titled to them. Frequently, troubled vehicles are farmed out to private individuals by unscrupulous vehicles dealers for sale because the dealer does not want to have a further tarnished reputation when the troubled vehicle is brought back by a dissatisfied customer. Beware of anybody who is trying to sell multiple vehicles or perhaps someone who seems to get by “buying and selling cars” for a living instead of working a regular job.

A deployed airbag can be difficult and costly to replace. Airbag covers can be replaced on the dashboard so that, from inside the vehicle, there is no indication that the airbag compartment is empty. A CARFAX Vehicle History Report may tell you if the car has been in an accident. If there is an accident history, it may be wise to verify that the airbag system is in good working order.

6) Too Much Sales Pressure

Yes, I know it is beautiful and you want or need it, but resist the temptation to move too quickly. A $100 investment for check over by a mechanic you trust together with an inexpensive CARFAX report might save you thousands of dollars down the road. A high-pressure seller is suspicious. The seller may be trying to move things along fast in order to hide something.

This is a big deal. You want to see the title before buying the car.

If you find a dealership or car lot that is “floating” the car, then beware and consider walking away. If you still want to do business with that dealer, I suggest that you take your money to the prior owner’s bank and pay that bank directly to release the title to you.

Beware. Some dealerships that won’t “float” the title as explained in #7 above will take a vehicle on consignment. Consignment isn’t necessarily a bad thing, but pay attention to #7 above when paying over money for the car. If there is no money owed on the vehicle to a bank, consider having the consignor come to the car lot with the title and sign it over to you on the spot when the consignor is paid. If there is money owing on the car on the lot, then I recommend that you require that the dealer and the consignor all meet together at the bank where the money is owed and do a three-way transaction where you cash out the bank and the title is signed and delivered to you on the spot. If one of the parties won’t cooperate, strongly consider walking away.

CARFAX does have its Critics

A clean CARFAX vehicle history report is not a guarantee that the car has no prior accidents or problems, but it may be the best assurance that you can get! You’re better off coming prepared with something from a reputable company like CARFAX than with nothing.

It can be exciting to replace your car, but don’t let your enthusiasm overwhelm your judgment! If after reading about all of the dangers and pitfalls that can befall used car shoppers you are still determined to proceed, then go forth with your eyes open, a trusted mechanic at the ready, and don’t forget your CARFAX report. You are now better prepared to enter the wild world of the used car market.

This article and I owe a sincere thank you for the great tips and advice that can be found in the March 21, 2013 post at blog.allstate.com along with content on the CARFAX site for tips #1-6!

If you are going to purchase something over the internet from a non-national "name" vendor such as Costco, Best Buy, Nordstroms, Radio Shack etc, you should REALLY take a few moments to research the website before you hand out your credit card number.

According to a recent NY Times article, the following sites may help you avoid retail grief: Get Satisfaction, ComplaintsBoard.com, ConsumerAffairs.com and RipoffReport.com .

One word of caution about these sites, though. Sometimes an unreasonable customer can in fact post something damaging so I suppose take one or two postings with a grain of salt…the key is to look for multiple postings from a variety of customers which sound in the same complaint. An isolated complaint or two is not key…but ten or 15 negative postings can perhaps be telling.

If you have already been ripped-off, then consider a complaint made to the Internet Crime Complaint Center, or IC3, a partnership between the F.B.I. and the National White Collar Crime Center,

The following November 26, 2010 NY Times Article (link below) is almost unbelievable. It concerns a "new breed" of internet commerce where businessowners are intentionally foul and inappropriate in order to get "links" to their websites. These "inbound links" from postings on consumer complaint websites ironically help the fraudulent company to secure top locations in Google search-engine standings. Here is a link to the article – it is sickeningly fascinating:

After Ms. Rodriguez had a contacts and eyeglass purchase go horribly wrong (she was sold counterfeit goods – and the immigrant business owner was threatening, harassing and even posed as Ms. Rodriguez to try to cause trouble with Ms. Rodriguez’s credit card issuing company Citibank, she decided to investigate and push authorities to do something about a company called DecorMyEyes. Here is an excerpt from the investigative article of 11/26/2010 of

(Beginning of quote from NY Times Article of David Segal)

By then, Ms. Rodriguez had learned a lot more about DecorMyEyes on Get Satisfaction, an advocacy Web site where consumers vent en masse.

Dozens of people over the last three years, she found, had nearly identical tales about DecorMyEyes: a purchase gone wrong, followed by phone calls, e-mails and threats, sometimes lasting for months or years.

Occasionally, the owner of DecorMyEyes gave his name to these customers as Stanley Bolds, but the consensus at Get Satisfaction was that he and Tony Russo were the same person. Others dug around a little deeper and decided that both names were fictitious and that the company was actually owned and run by a man named Vitaly Borker.

Today, when reading the dozens of comments about DecorMyEyes, it is hard to decide which one conveys the most outrage. It is easy, though, to choose the most outrageous. It was written by Mr. Russo/Bolds/Borker himself.

“Hello, My name is Stanley with DecorMyEyes.com,” the post began. “I just wanted to let you guys know that the more replies you people post, the more business and the more hits and sales I get. My goal is NEGATIVE advertisement.”

It’s all part of a sales strategy, he said. Online chatter about DecorMyEyes, even furious online chatter, pushed the site higher in Google search results, which led to greater sales. He closed with a sardonic expression of gratitude: “I never had the amount of traffic I have now since my 1st complaint. I am in heaven.”

That would sound like schoolyard taunting but for this fact: The post is two years old. Between then and now, hundreds of additional tirades have been tacked to Get Satisfaction, ComplaintsBoard.com, ConsumerAffairs.com and sites like them.

Not only has this heap of grievances failed to deter DecorMyEyes, but as Ms. Rodriguez’s all-too-cursory Google search demonstrated, the company can show up in the most coveted place on the Internet’s most powerful site.

Which means the owner of DecorMyEyes might be more than just a combustible bully with a mean streak and a potty mouth. He might also be a pioneer of a new brand of anti-salesmanship — utterly noxious retail — that is facilitated by the quirks and shortcomings of Internet commerce and that tramples long-cherished traditions of customer service, like deference and charm.

“Very,” says Vitaly Borker, the founder and owner of DecorMyEyes, during the first of several surprisingly unguarded conversations.

“I’ve exploited this opportunity because it works. No matter where they post their negative comments, it helps my return on investment. So I decided, why not use that negativity to my advantage?”

Note that I DID NOT link this blog post to the DecorMyEyes website – any sort of link to DecorMyEyes would help the Google standing of DecorMyEyes.

Be careful out there…