You are here: Home › Mortgages › Cities Weigh Use of “Eminent Domain” Powers to Help Underwater Homeowners 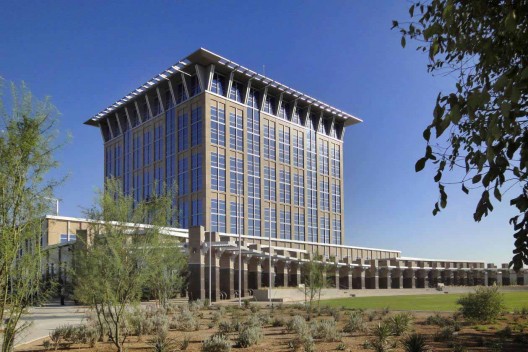 The proposal would involve the city using its powers of “eminent domain”. This power is usually employed to take property away from an owner—while paying the fair present market value for the property—in order to use the property for some public good or use, such as the widening of a highway or the establishment of a park.

Richmond proposes to seize the underwater homes by paying the mortgage lender the fair market value of the parcel, which in these cases would result in the mortgage holder receiving far less than the mortgage balance.

Then the city would recoup its payoff to the mortgage holder who received the payoff by “selling” the parcel to the homeowner at 15-20% more than what the city paid the mortgage holder in the eminent domain proceeding.
The transaction would be completed when the homeowner secured financing to buy their property back from the city by paying 15-20% more than what the city paid for the property in the eminent domain proceeding. The 15-20% differential would be split between the city and an investment group called Mortgage Resolution Partners both to compensate the city for its troubles and to make a tidy profit for Mortgage Resolution Partners (MRP).

If Richmond follows up on the proposal, then it will be the first in the nation to use its power to seize private property as a means of addressing lingering fallout from the foreclosure crisis.

Sensing an issue, Wells Fargo and Deutsche Bank, acting on behalf of investors who hold homeowner loans in the form of mortgage-backed securities, filed suit. The banks contend that the plan is an illegal scheme to reap windfall profits for Mortgage Resolution Partners, while the city of Richmond takes a small cut as its “fee for renting out its eminent domain powers.”

However, U.S. District Court Judge Charles Breyer of San Francisco tossed out the lawsuit, saying it was premature because Richmond was only investigating the proposal and had not yet moved to use its powers of eminent domain to seize any property.

As quoted by Hudson Sangree of The Sacramento Bee, Richmond mayor Gayle McLaughlin says that the city must step in because the banks that contributed to the crisis haven’t acted to help communities recover, “These bankers have caused so much harm; a lot of them should be sitting in jail,” says McLaughlin, a Green Party member.

The city may be considering that as more and more houses are abandoned, it is losing its population of owners dwelling in their own homes as investors scoop up the homes and turn them into rentals.

Another city, North Las Vegas, Nevada considered a similar proposal from Mortgage Resolution Partners, as reported in the public policy blog of the American Enterprise Institute. The North Las Vegas, Nevada city council voted in June 2013 to enter into a 60-day advisory services agreement with Mortgage Resolution Partners. The idea was to consult with MRP over the next two months on how the process might work.

City elections in June may have changed the balance of power on the city council, leading to the rejection of the proposal. Two of those bullish about the proposal—former Mayor Shari Buck and term-limited Councilman Robert Eliason—both departed after June’s election, leaving Anita Wood and Pamela Goynes-Brown as the only two sitting council members to vote in favor of the proposal’s reintroduction this week.

By the date of a council meeting in early September, both council members had backed away from the effort, according to a story in the Las Vegas Review-Journal. Anita Wood commented on her change of heart in the story.

“There are still a lot of questions,” she said. “There are still issues over whether tax abatements will continue after the end of this year at the federal level. There are legal proceedings in the state of California that still need to be resolved and I think they need to be resolved in California, or at the federal level, before the City of North Las Vegas gets involved in this.”

To date, I am not aware of any Washington cities considering this proposal. Stay tuned…