You are here: Home › Financial Planning › Learn the Secret to Saving Your Home Without Sacrificing Your Retirement Plan

Few Americans will enjoy a traditional old-school defined benefit pension during their retirement years. A defined benefit pension plan is a type of pension plan in which an employer or sponsor promises a specified monthly benefit on retirement that is predetermined by a formula based on the employee’s earnings history, tenure of service, and age, rather than depending directly on individual investment returns. Traditionally, many governmental and public entities, as well as a large number of corporations, provided defined benefit plans. Today, most employers have shifted the responsibility of retirement savings to the employee. IRAs, Roth IRAs, profit sharing plans, and 401(k) plans, among other sorts of less common accounts considered “defined contribution” accounts, make up retirement planning today.

The need for cash to meet immediate needs brought on by the Great Recession changed the plans for retirement established by many forward thinking Americans as they consider cashing out hard-earned retirement fund accounts such as 401(k) plans.

Some of the consequences of the Great Recession, including reduced wages and work hours, delinquent mortgage payments, missed car payments, and medical bill emergencies, all too often lead to serious mistakes in managing 401(k) plans, IRAs, and other retirement funds. There can be better alternatives that don’t require sacrificing your retirement plans in order to address financial needs.

When it comes to delinquent mortgage payments, options preferable to a 401(k) plan cash out or 401(k) plan loan include filing a Chapter 13 bankruptcy reorganization plan, either alone, in conjunction with demanding state law mortgage default mediation, or by demanding state law mortgage default meditation alone. Mortgage mediations are initiated and conducted by a Chapter 13 bankruptcy practitioner or another qualified professional. Success at mortgage mediation is spotty. However, when mortgage mediations work, they work very well to produce very affordable mortgages, and are well worth the typical $3,000 to $5,000 in up-front expenses.

Even if you recently had a Chapter 7 bankruptcy filing, a Chapter 13 filing could very well solve your delinquencies better than a 401(k) plan cash out.

Just how advantaged are 401(k) plans, IRAs and other retirement accounts in a bankruptcy proceeding? These retirement plans are well protected in bankruptcy. Congress expressed its intent to protect retirement assets like these so that they would not be abridged nor would they be compromised, as evidenced by the bankruptcy laws in section 11 USC 522(b)(3)(C).

Many people cash out 401(k) plans and IRAs because they wrongly believe that they will lose 401(k) plan/IRA funds and other ERISA qualified retirement assets like qualified profit sharing accounts in a bankruptcy. Others liquidate these accounts because they incorrectly believe that retirement account funds can be garnished by bill collectors. These retirement assets will not be liquidated and distributed to creditors in bankruptcy and generally cannot be garnished by collectors.

You can have an unlimited amount of money in an employer sponsored retirement plan and still file for bankruptcy. Federal law defines many of these accounts as either not property of the bankruptcy estate, or as entirely exempt assets under 11 USC 541(b) (7) (A) or 522(d) (12). The retirement funds are not taken into consideration in your qualification for a bankruptcy discharge, even if they total millions of dollars! This is true of most retirement accounts qualified as tax advantaged or deferred plans under title I of the Employee Retirement Income Security Act (ERISA) such as 401(k) plans, SEP-IRAs or SIMPLE IRAs, and a few other less common assets such as a tax deferred annuity plan under 403(b), governmental 414(d) plan or 457 deferred compensation plan. For more details, please see 11 USC 541(b) (7) (A) of the bankruptcy code.

Are other types of retirement assets also protected from liquidation in bankruptcy?

Yes. For example, traditional IRAs and Roth IRAs under Internal Revenue Code Section 408 have protection caps of $1,171,650 because they are considered part of the bankruptcy estate and are generously protected in bankruptcy by the $1,171,650 exemption available under 11 USC 522(d)(12) and 522(n). These amounts are increased from time to time, as well, starting out at $1,000,000 in 2005 with the adoption of the Bankruptcy Abuse Prevention and Consumer Protection Act of 2005 (BAPCPA) law.

Save Your Future; Keep Your Retirement Intact

I could go on at great length about the protections afforded retirement assets in bankruptcy, but I think you get the picture. Do not cash out, borrow against, or stop making contributions to retirement fund assets like 401(k) plans and IRAs. They are safe from liquidation in bankruptcy. There is no need to upset your retirement asset plans. There are other laws you can use to your advantage when you find yourself facing delinquent mortgage payments, unpaid medical bills, or missed car payments. 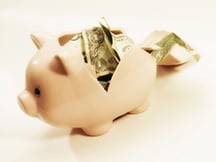 What Is Mandatory Mortgage Mediation Under Washington State Law, And Can It Help With Mortgage Delinquencies?

As a possible alternative to a Chapter 13 bankruptcy filing, mortgage borrowers in default are eligible to demand mandatory mediation under Washington state law. Sometimes the results are phenomenal; on occasion, the mediation results in radically modified mortgages with reduced payments, low interest rates, and extended repayment terms. Other times, the results are not so spectacular. The outcome depends in large part on the attitude of the mortgage lender or servicer.

It is important to note that there is a very short window to demand a state law mortgage mediation proceeding once you default on mortgage loan payments. You must not delay making your request, or the opportunity may be lost. If you are behind on mortgage payments and interested in saving your home through mortgage mediation, you should contact us for details without delay. When you are in mediation, the foreclosure procedure is frozen and cannot proceed.

A Final Word on Cashing Out Your Retirement

Furthermore, 401(k) plans, IRAs, and retirement account savings are so strongly protected from seizure in bankruptcy filings that it is a tragedy to dip into any retirement funds except in the most extreme of emergencies. Neither a few missed house payments or some delinquent car payments than can both be easily addressed through a Chapter 13 plan or a mandatory mediation do not add up to an emergency situation.

There are many examples of 401(k) plan cash out tragedies in the law books. On the issue of cash outs, most bankruptcy courts hold that the funds taken from either a 401(k) plan or a IRA are no longer exempt once the funds leave the retirement account. It does not matter if it is characterized as a “hardship” withdrawal. The result can be loss of the exemption protection and loss of the funds to creditors if the cash out funds are in your hands when you file for bankruptcy.

I included a few examples of how bankruptcy debtors messed up with a pre-bankruptcy cash out of 401(k) plan/IRA/retirement account funds below. These folks lost the cash out money, or worse yet, lost a bankruptcy discharge for hiding or refusing to discuss how the cash out funds were spent:

And finally, don’t try to hide 401(k) plan cash out funds, because you might lose your bankruptcy discharge:

My Best Advice: Stay the Course to Prevent Even More Problems and Regrets Later

401(k) plan accounts and other retirement assets like profit sharing and IRAs are so well protected in bankruptcy that reducing contributions to pay down consumer debts which may have already become unmanageable is often a misguided strategy, no matter how well-intended.

Likewise, cash outs of retirement IRA/401(k) plan assets or taking loans against such retirement accounts like 401(k) plans is often another tragic dead end. When it comes to mortgage delinquencies, state law mortgage mediation can be very helpful, as can Chapter 13 bankruptcy cases. Chapter 13 filings can help with delinquent car payments, new medical debts and evictions – even if you just recently had a Chapter 7.

For other family emergencies, seek hospital bill forgiveness through hospital charity care scholarships, or consider a Chapter 7 or 13 bankruptcy case. You can be eligible for a Chapter 13 even if you recently had a Chapter 7.

If at all possible, avoid cashing out your 401(k) plan or IRA, and resist taking out retirement account loans. Just as importantly, while it is a difficult choice all too often these days, please resist the urge to reduce 401(k) plan and other retirement plan contributions. There is unlikely to be a defined benefit pension plan with a comfy monthly benefit waiting for you at age 65. The realities of today’s highly competitive economy mean that most employers now say in effect that you are now on your own to provide your own personal retirement savings through the establishment of self-directed defined contribution savings plans like a 401(k) plan.